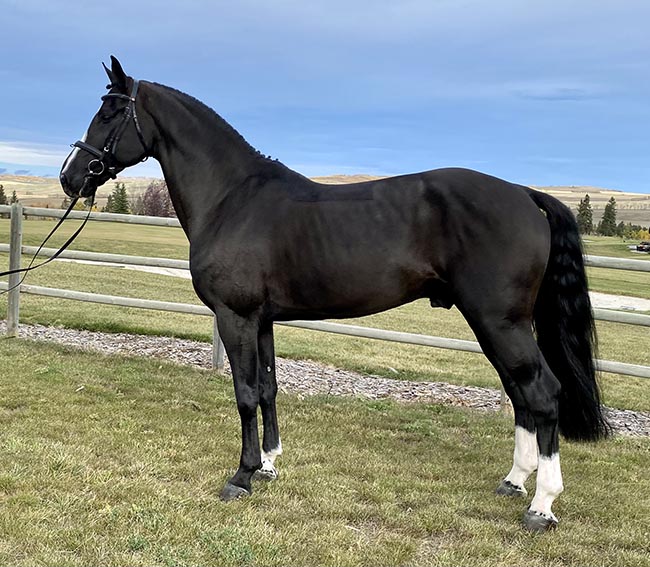 Olympic van ‘T Koningsbos is a young and talented jumper by the top producer Kannan. Dam Imogen De Regor is competing grand prix in show jumping and is also mother to Latisha De Regor, who won the final of the BWP free jumping in 2014 as a 3-year old. We know several successful descendants of grandmother Centa De Muze, such as Freestyle De Muze, who became 3rd under Richie Moloney in the 2014 World Cup in Bridgehampton (USA) and Horizon De Regor, who Jos Lansink is competing at international level. Full sister of Centa De Muze is Daytona De Muze, who already has several great successes with Jody Bosteels. Olympic van ‘T Koningsbos is easy to ride, has a lot of power, 3 good gaits and is very careful. Currently at the 1.30m level.


NOTE: The information on each stallion included in this Directory has been supplied by the owner. While every effort has been made to ensure the complete accuracy of all information, the CWHBA and its officers and officials make no claim or guarantee as to the accuracy of same and cannot be held responsible or liable for errors.
Close Window